EUR/USD: Euro trading a tad higher in the morning session 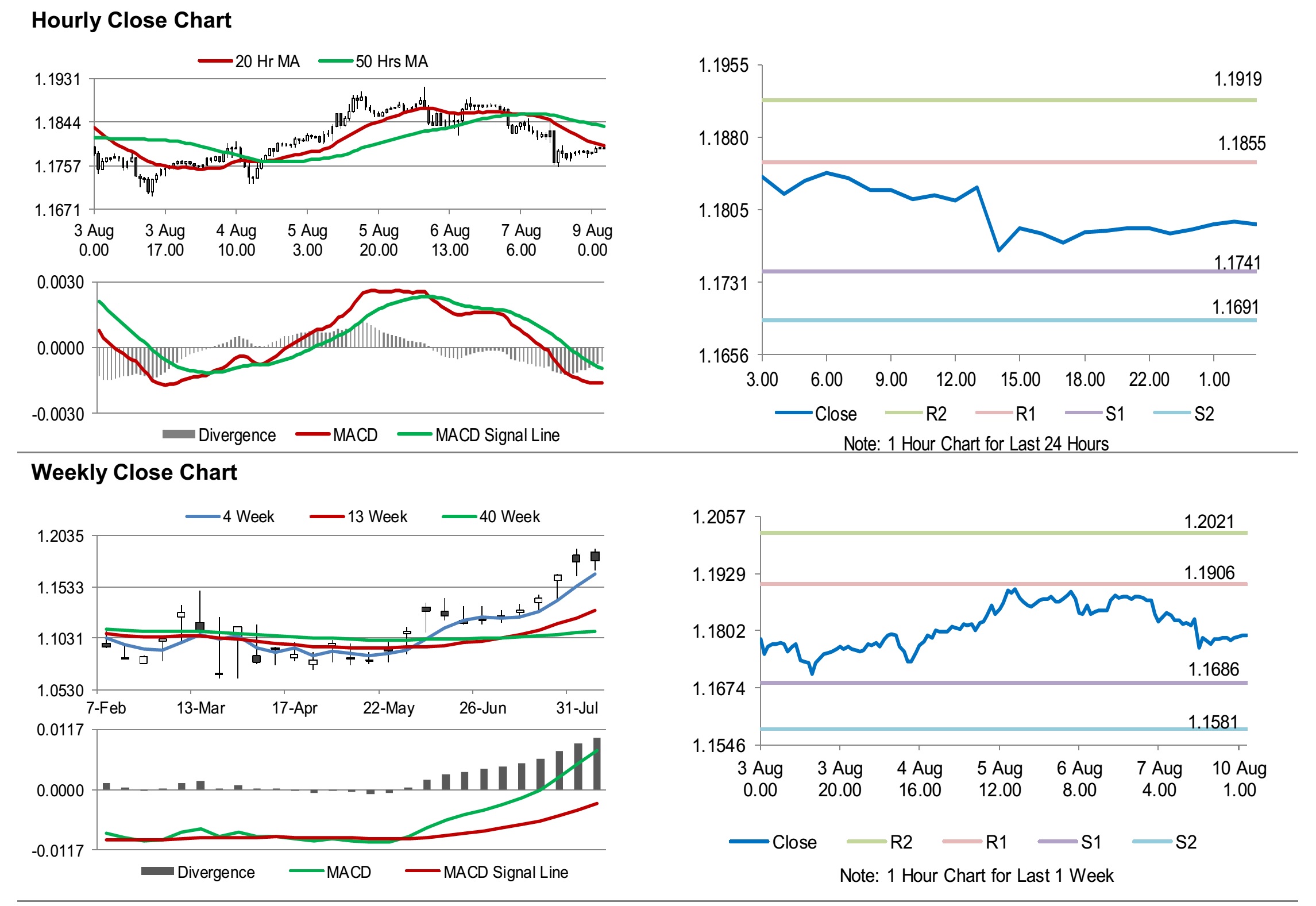 In the Asian session, at GMT0300, the pair is trading at 1.1791, with the EUR trading marginally higher against the USD from Friday’s close.

Going forward, traders would keep a watch on Euro-zone’s Sentix investor confidence for August, slated to release in a few hours. Later in the day, the US JOLTS job openings for June, would keep investors on their toes.