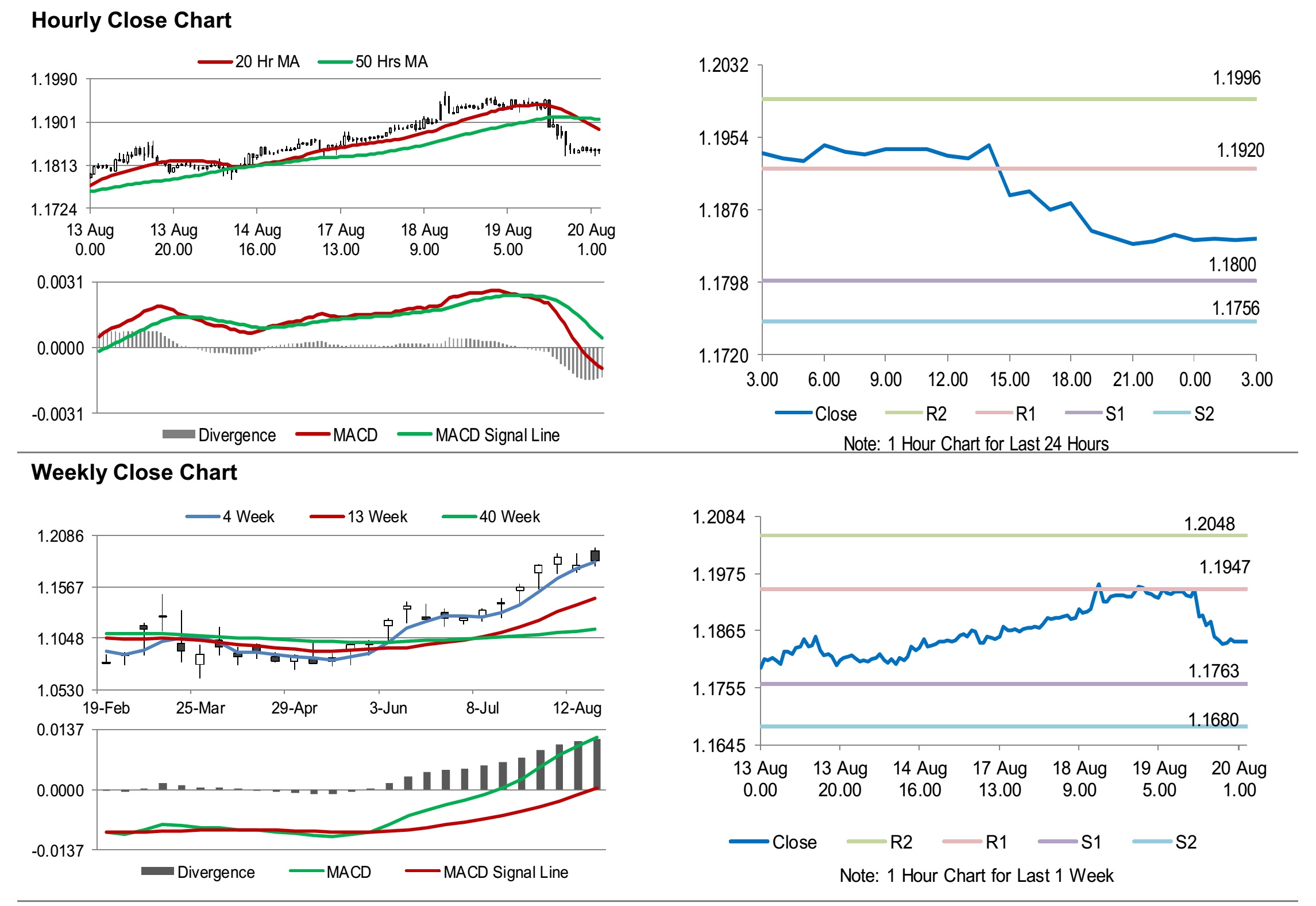 On the macro front, Euro-zone’s consumer price index climbed 0.4% on a yearly basis in July, compared to a rise of 0.3% in the prior month. The preliminary figures had recorded a rise of 0.4%. Additionally, current account surplus widened to €20.7 billion in June, compared to a surplus of €11.3 billion in the earlier month.

In the US, the MBA mortgage applications dropped 3.3% on a weekly basis in the week ended 14 August 2020, compared to a rise of 6.8% in the previous week.

Separately, the Federal Open Market Committee (FOMC), in its July meeting minutes, stated that the official staff member lowered its forecast for economic growth over the rest of year. Further, minutes revealed that policymakers expect to hold the key interest rates to a range of 0%-0.25% until the economy had weathered recent events and was on track to achieve the Committee’s maximum employment and price stability goals. Further, the officials agreed that the ongoing public health crisis would weigh heavily on economic activity, employment and inflation in the near term and posed considerable risks to the economic outlook over the medium term.

In the Asian session, at GMT0300, the pair is trading at 1.1845, with the EUR trading marginally lower against the USD from yesterday’s close.

Going forward, traders would keep a watch on Euro-zone’s construction output for June along with Germany’s producer price index for July, slated to release in a few hours. Later in the day, the US Philadelphia Fed manufacturing survey for August and initial jobless claims, would keep investors on their toes.