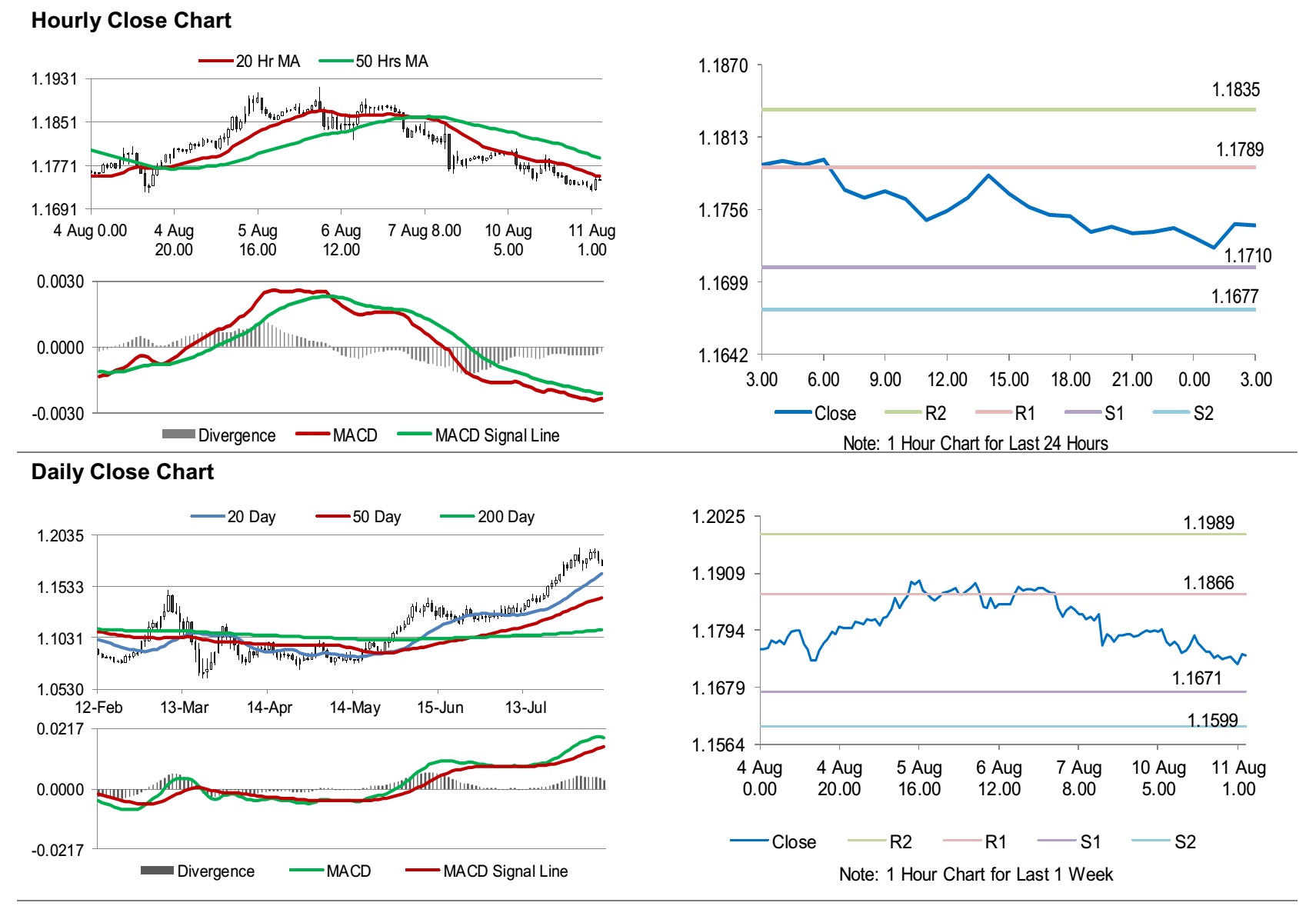 On the macro front, Euro-zone’s Sentix investor confidence index rose to -13.4 in August, recording its highest level since February and more than market forecast for a rise to a level of -15.2. In the prior month, the index had recorded a reading of -18.2 in the prior month.

In the US, the JOLTS job openings unexpectedly climbed to 5.9 million in June, defying market consensus for a drop to a level of 4.9 million and compared to a revised reading of 5.4 million in the previous month.

In the Asian session, at GMT0300, the pair is trading at 1.1744, with the EUR trading marginally higher against the USD from yesterday’s close.